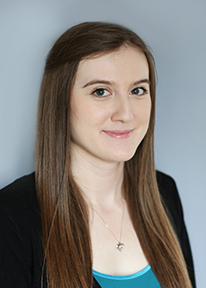 This email address is being protected from spambots. You need JavaScript enabled to view it.

I was awarded a First Class Honours Degree in Law from the University of the West of England on 19th June 2014.

Bevirs has provided me with a great opportunity to transition from university to working within a legal environment.

I have been able to study to become a Chartered Legal Executive alongside my work at Bevirs.

Joining the Firm in October 2014, I initially worked within the Commercial department and later from August 2015, within the Residential Conveyancing department.

I qualified with CILEx as a Chartered Legal Executive on 1st May 2019.

I have been based in our Private Client Department since March 2017, dealing primarily with Wills, Lasting Powers of Attorney and Probate matters.

"We received an excellent service throughout. We dealt with Katherine Arrell for the updating of our wills and could not have received a better service. Very pleased."

BEVIRS LAW are constantly monitoring the Coronavirus (COVID-19) situation. As a responsible employer we have taken the decision to close all our offices to the public, however we remain open and eager to assist our clients with their legal needs at this difficult and challenging time. Our investment in the latest technology means that the majority of our staff are able to work remotely and continue to provide our clients with a high level of service, please do not hesitate to contact us.

We would like to say thank you to our clients, staff and local communities for their continued support.

READ ALL OUR LATEST NEWS